If you give a pirate a treasure,

Her twin siblings have been kidnapped.
The ransom is a ship called the Seeker.
She’s not a real pirate, but their lives depend on her playing the part.

“All the treachery and traps, carefully crafted insults between characters and story progression makes me long for more adventures with the Sauvage family as a whole. I’m certainly glad that I read this book, especially since it’s outside my normal repertoire. I can’t recommend this book enough, and I’ll most certainly be reading more from Chloe Flowers.”

“Here starts an entertaining and riveting adventure. I love the intricate characters and how their storylines fitted together so beautifully.” 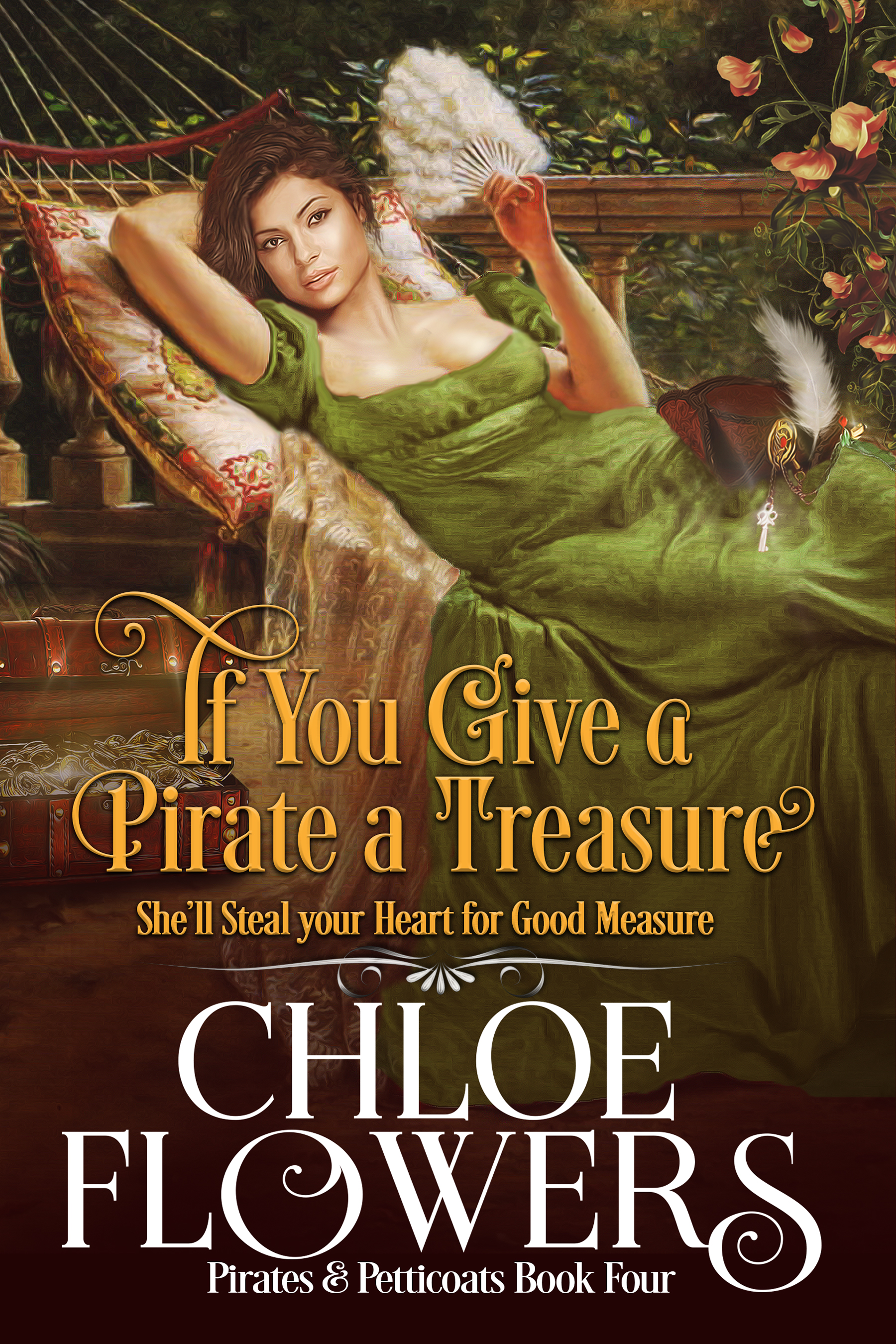 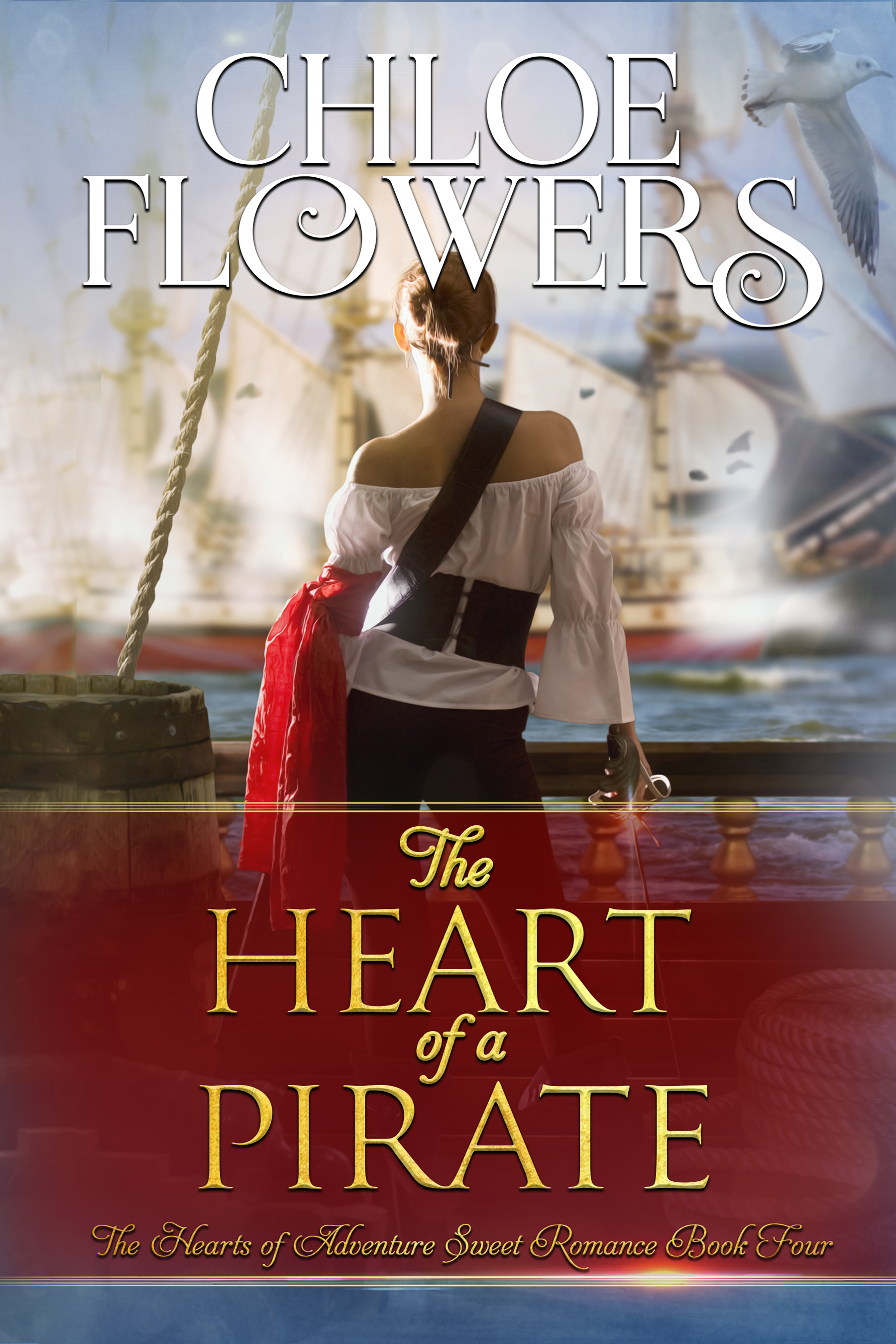 The Hearts of Adventure series is the sweet, clean and wholesome version of the Pirates and Petticoats series

A lady plotting a way out of an arranged marriage.

A smuggler with a cryptic invitation to a clandestine meeting.

A group of pirates out for revenge.

She’s acting a charade and he knows it. The question is~will he demand compensation for keeping her secrets?

Silly question. Of course he will. The bigger question is~will she be able to afford the cost of his silence?

From the moment he discovered her with a sword in one hand, dagger in the other sparring in a hidden meadow, smuggler and ship’s captain Landon Hart has been intrigued by that independent, spirited tempest, Keelan Grey. But, he isn’t prepared for the impact she has on his tightly-guarded heart, or the trouble she manages to attract.

From the moment he happened upon her secret training, Keelan knew Landon Hart was going to be a storm on her horizon. With an assassin killing off members of her family one by one, and a father trying to arrange a marriage between her and a vile plantation owner, Keelan had enough on her plate without an exasperating, rakishly handsome, ship’s captain getting in the way of her plots and schemes.

If you enjoy historical romance and action and adventure, entwined with charismatic characters and a rich, entertaining plot you’ll love The Hearts of Adventure Sweet Romance Series. 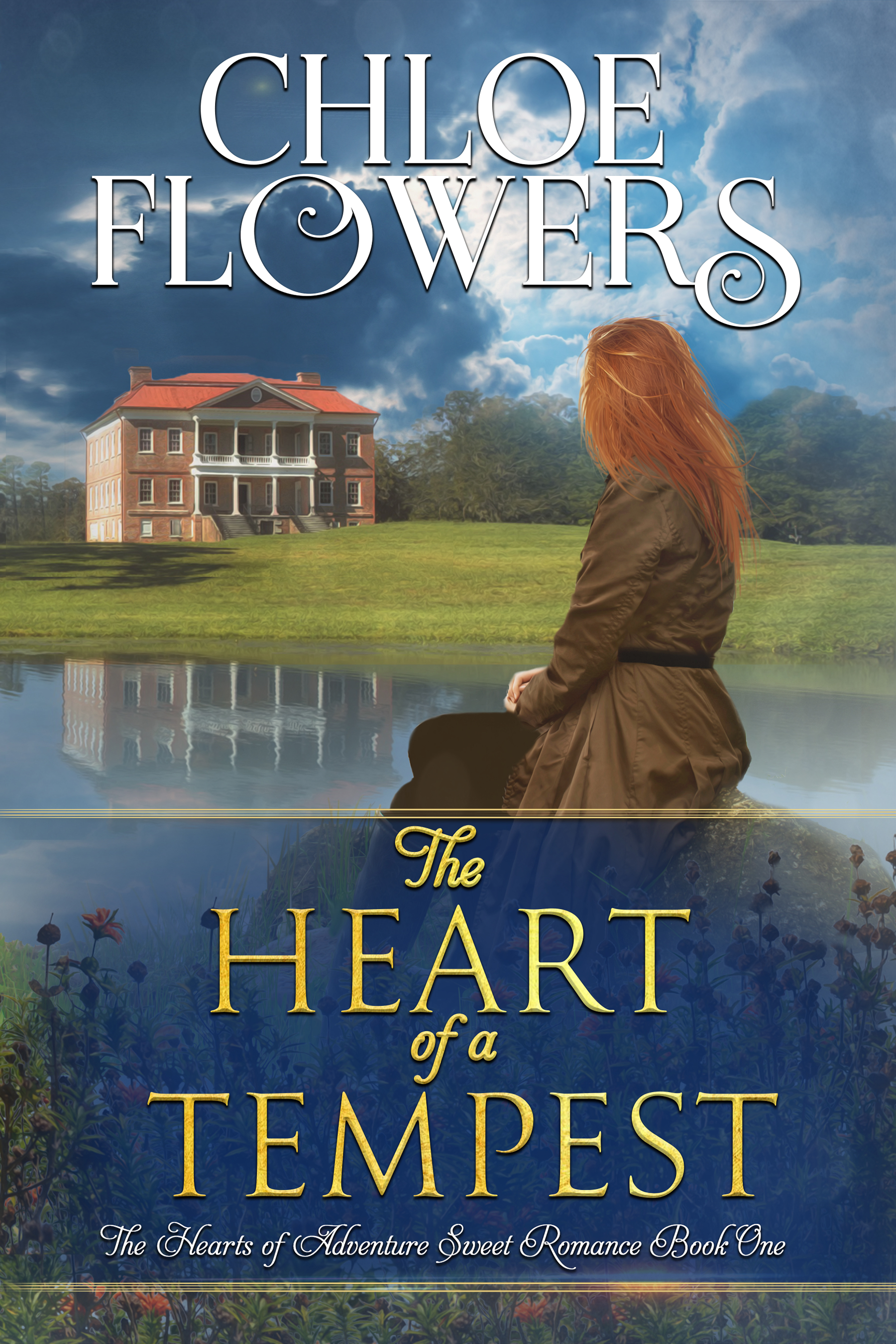 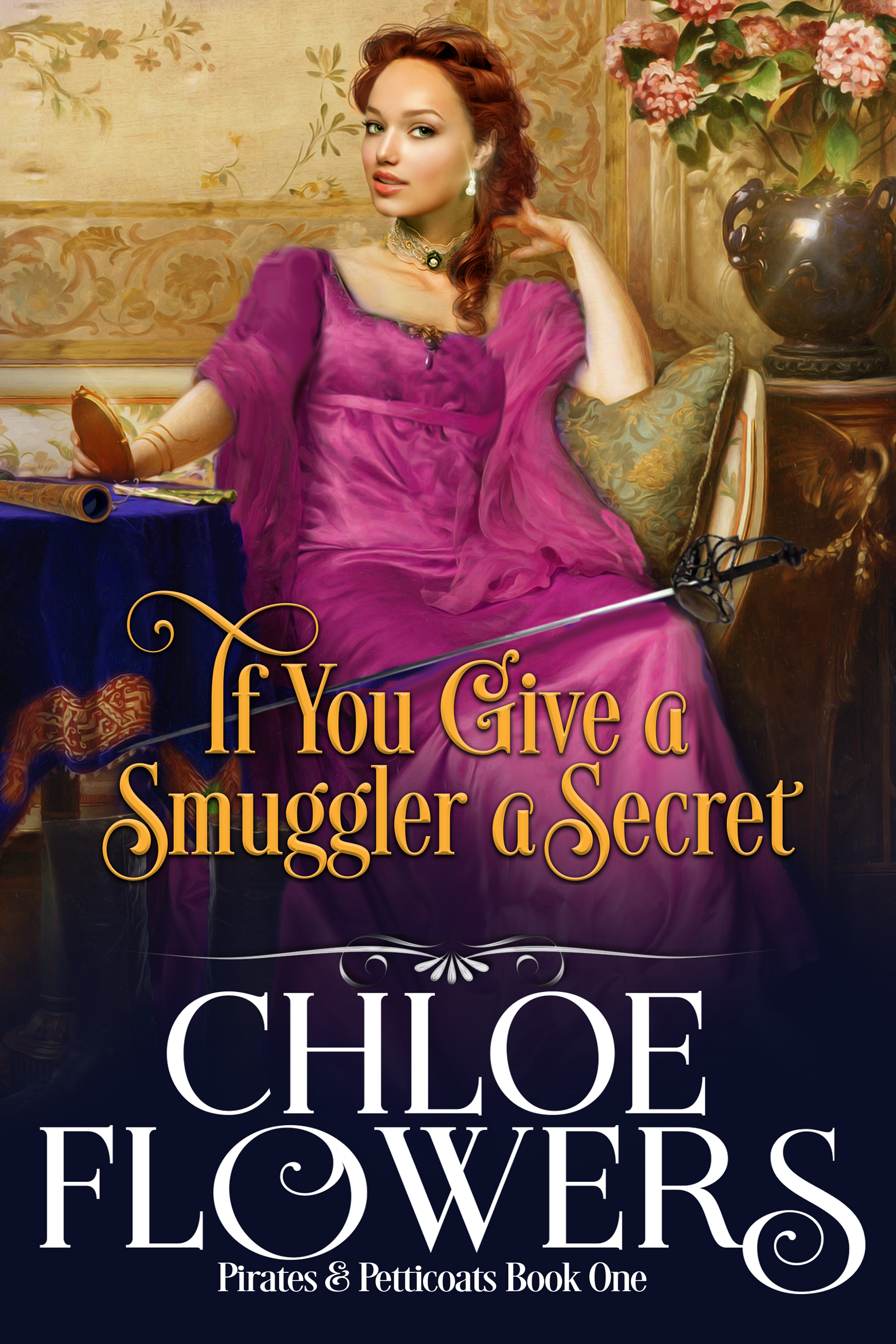 If you give a smuggler a secret, he'll demand a kiss to keep it...

The Hearts of Adventure series is the sweet version of the Pirates & Petticoats series.

The Pirates & Petticoats series is the sexy version of The Hearts of Adventure series. 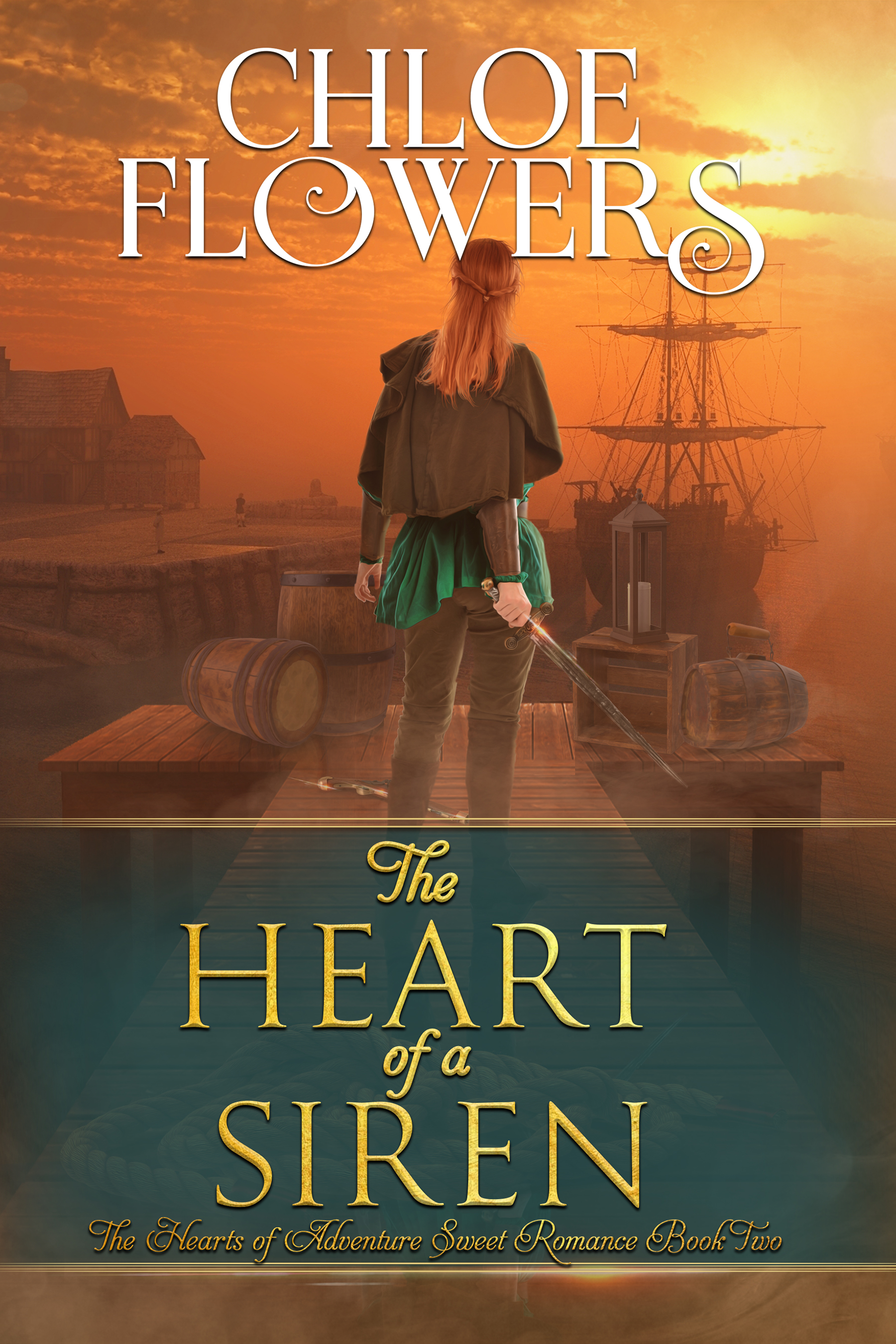 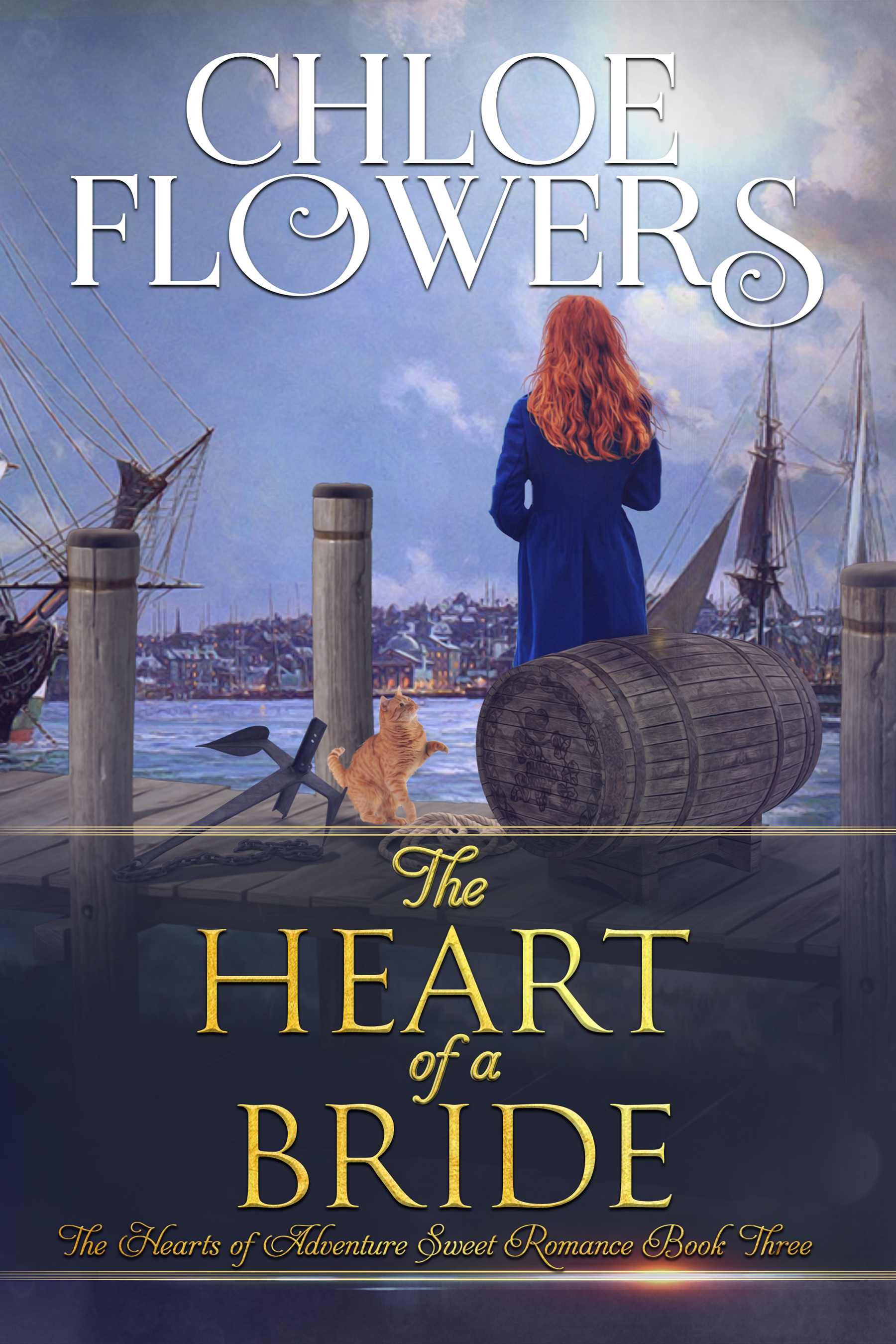 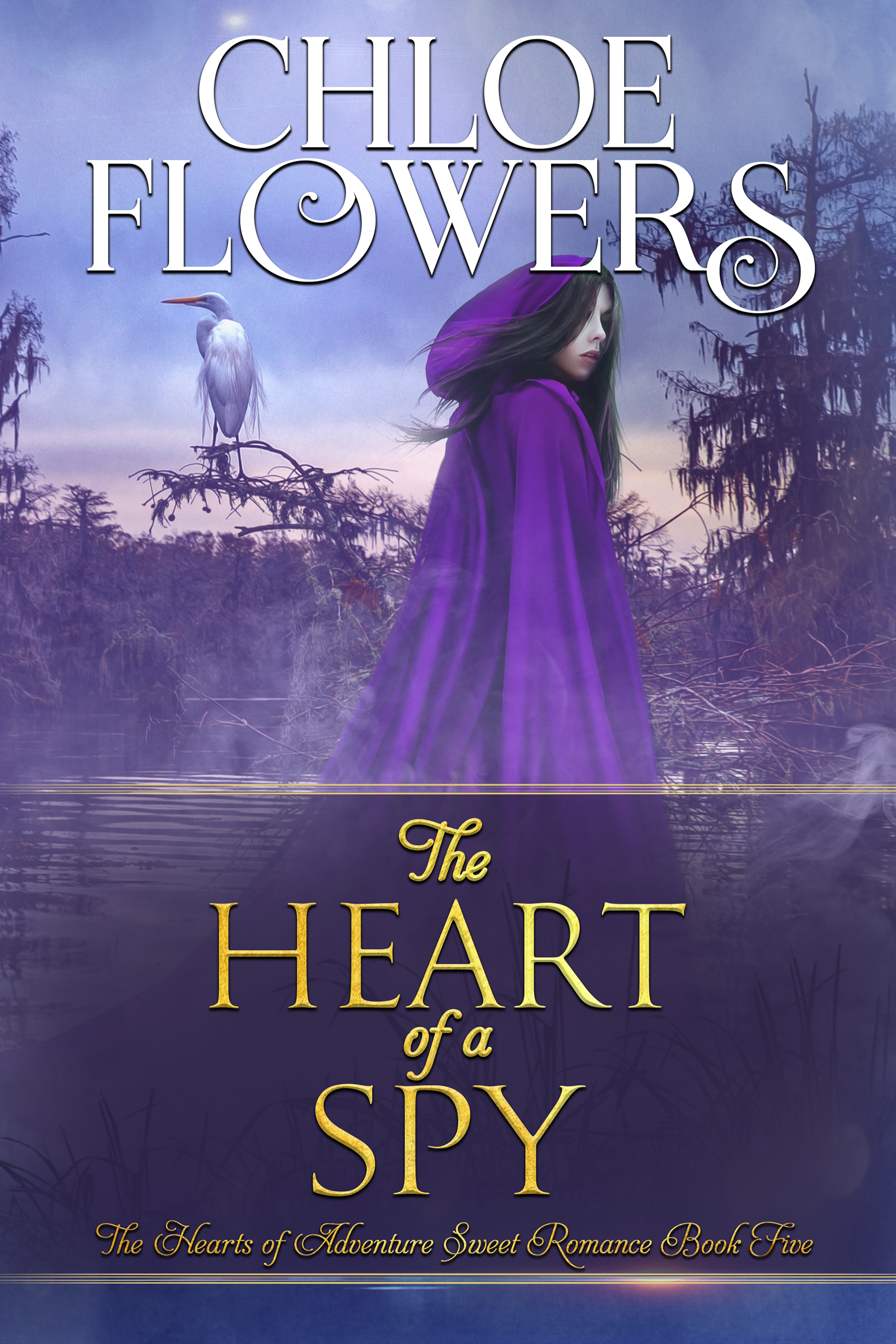 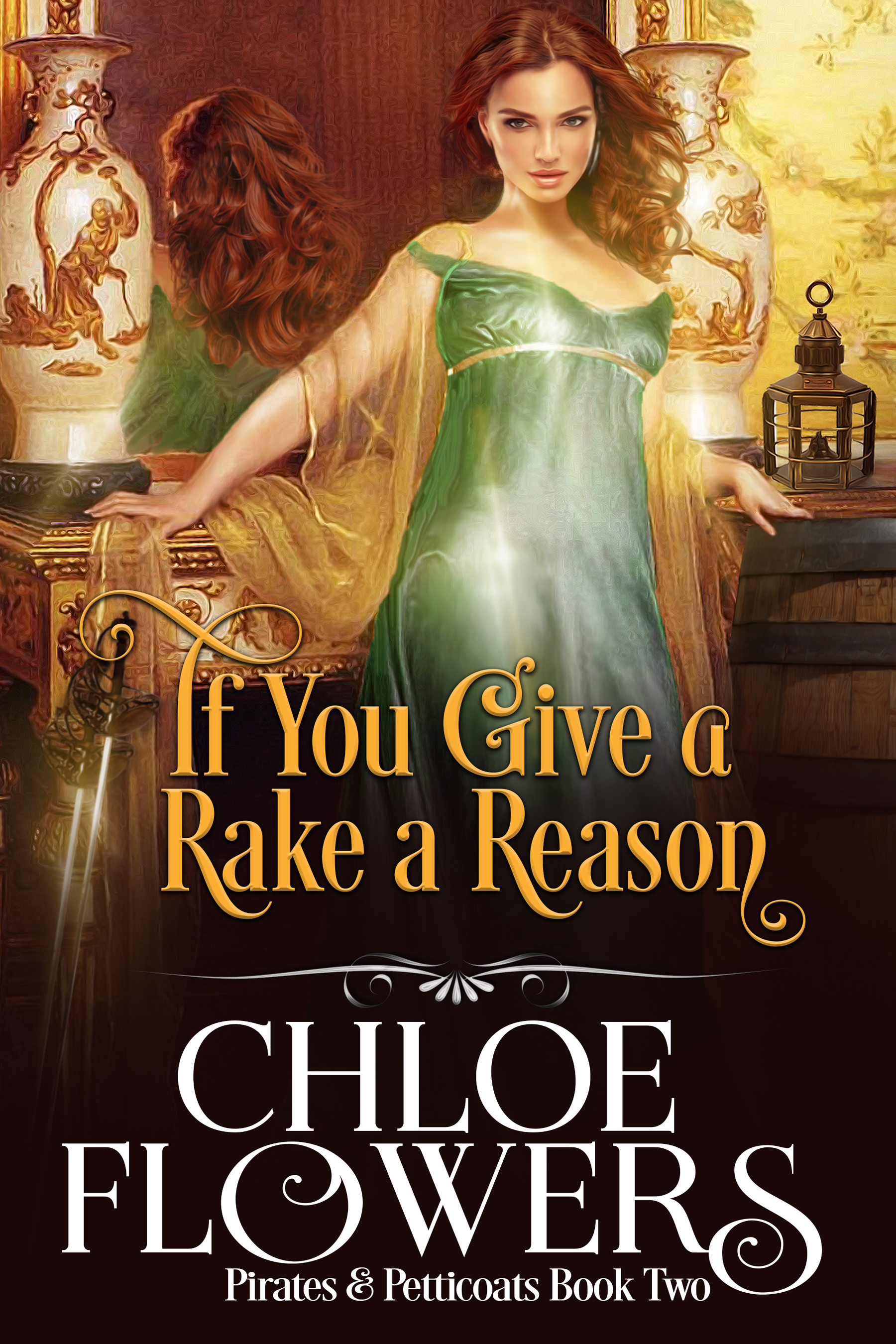 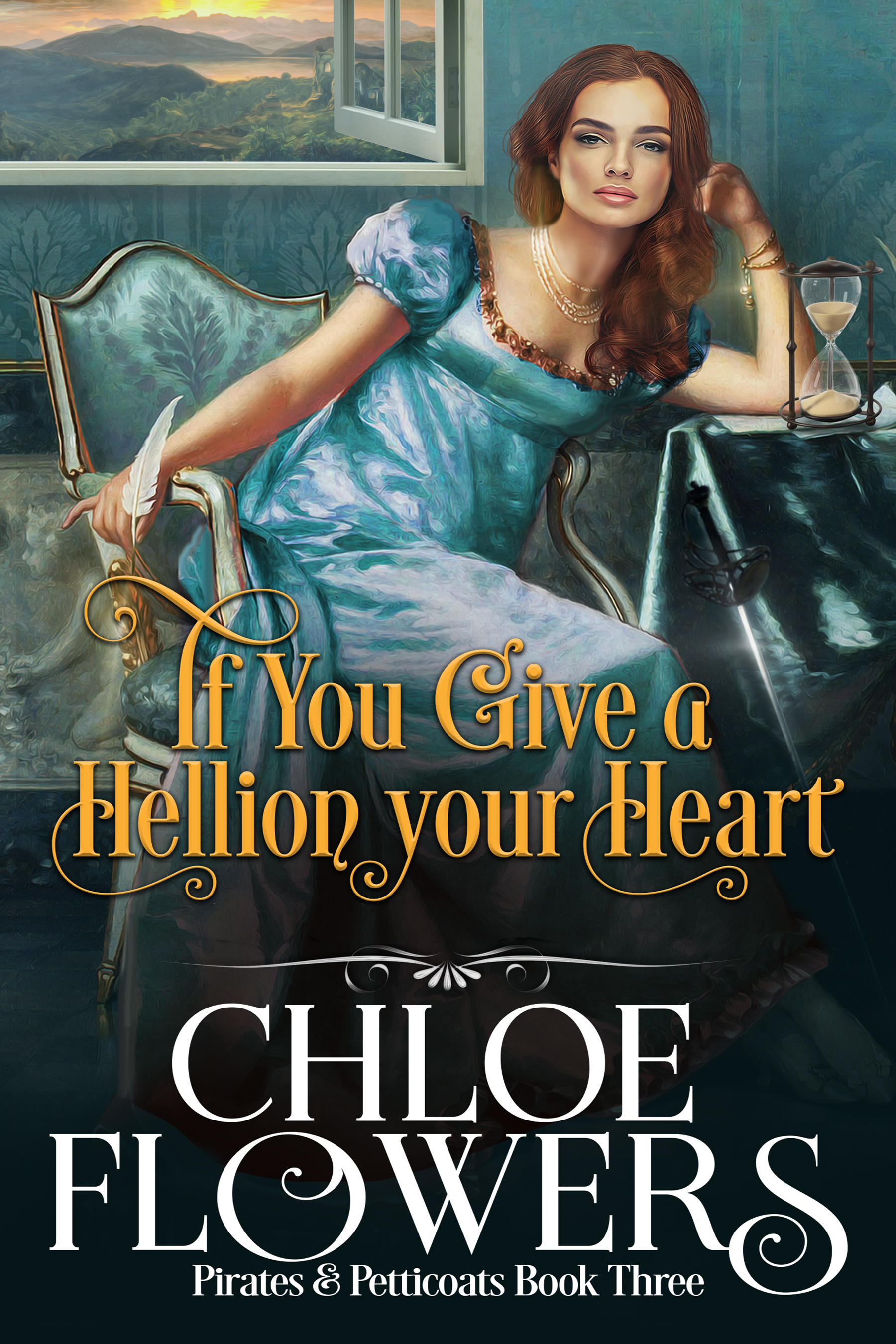 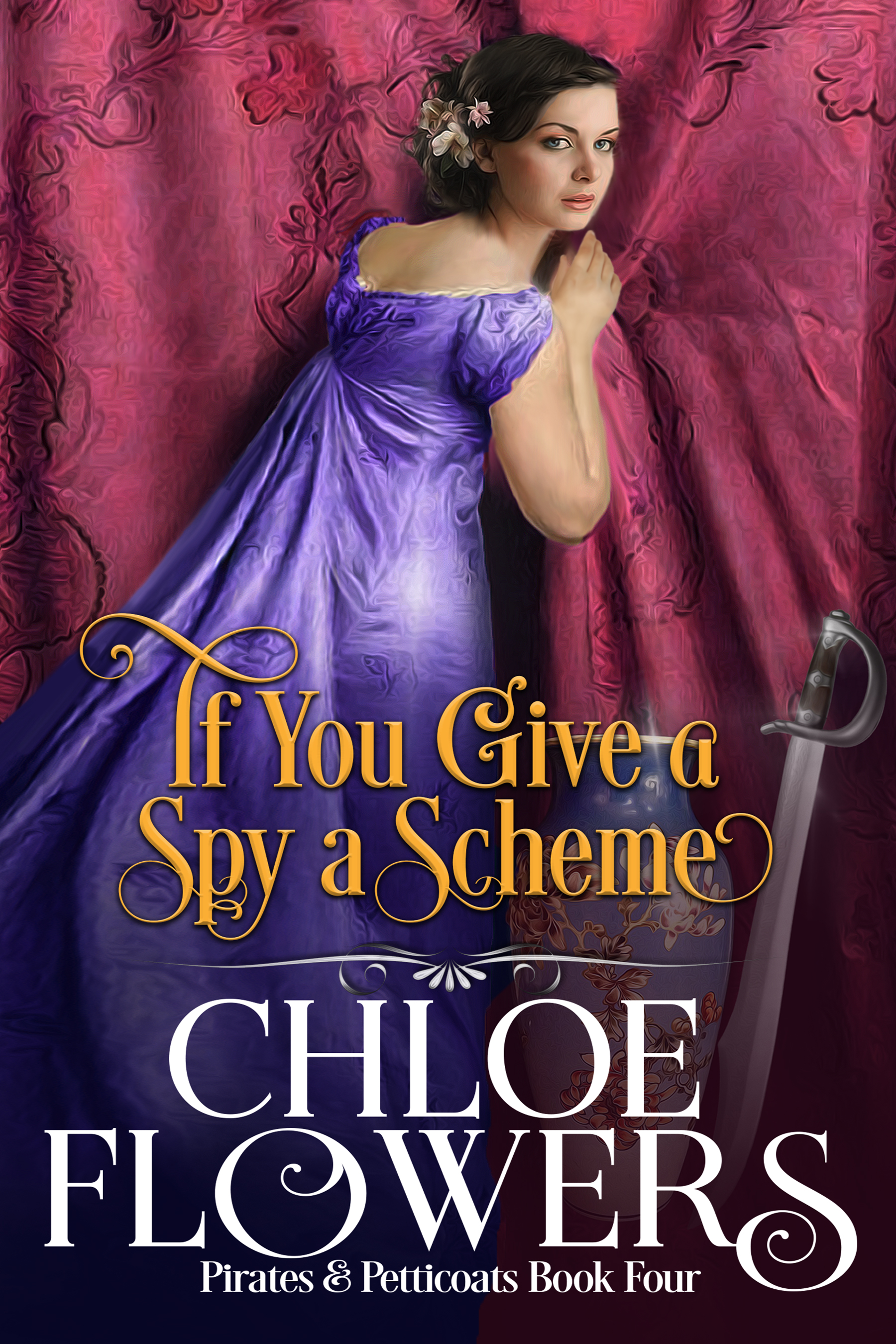 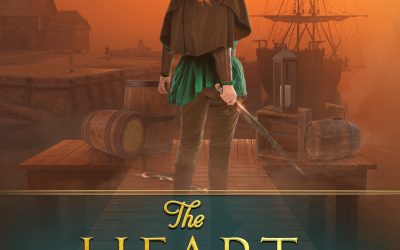 The Hearts of Adventure Sweet Romance series-Book 2 is released, and trouble in the bee yard…

I’ve named my bee yard Miss Bee Haven. The Heart of a Siren is available to read now!

END_OF_DOCUMENT_TOKEN_TO_BE_REPLACED

The Hearts of Adventure Sweet Romance series launches with The Heart of a Tempest. If you Give a Smuggler a Secret was also released. Trouble in the bee yard!

END_OF_DOCUMENT_TOKEN_TO_BE_REPLACED

What started it all?   If you know the answer to that question, then you have a chance at winning $175 Grand Prize!   The Wenches have hidden a treasure chest and in order to find it, ye must follow the story about Captain Bone and her ex-lover, Captain...